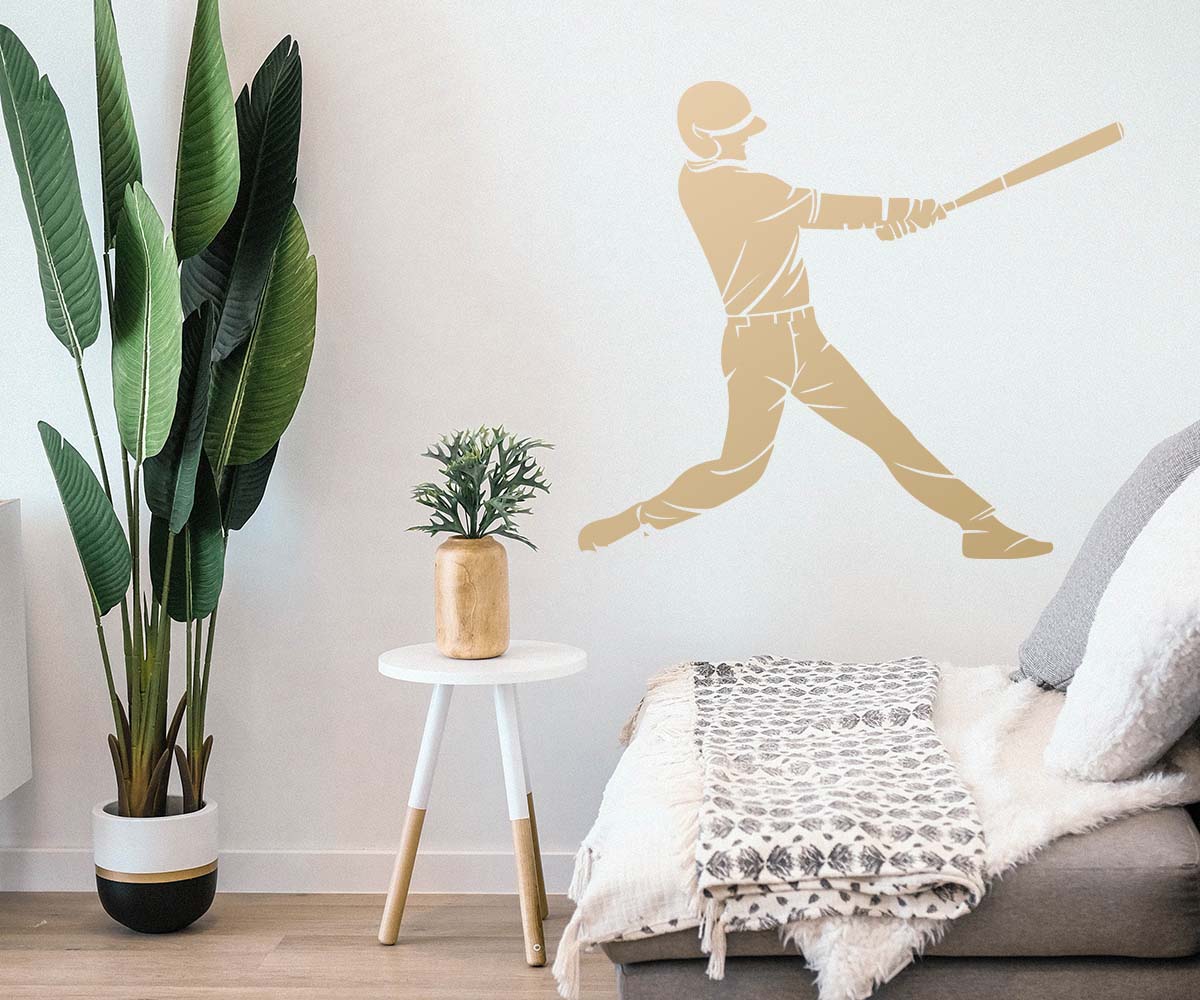 Since the dawn of recorded history (and likely long before), humans have been obsessed with athletic competition. Our modern-day Olympics hold the world in thrall every couple of years, but even the state-of-the-art television coverage cannot disguise the origins of these games. They date to ancient Greece, where exceptional athletes would compete for the favor of the gods on Mount Olympus. And we’re sure that people were wrestling and racing each other long before then. There’s something in our blood that hungers for competition – even if the only competitor is our own past self.

Today, of course, sports dominate our culture in so many ways. They are among the most-watched programs on TV and the most widely-attended live events; even documentaries about sports capture huge audiences on television and streaming. This fascination bleeds over into movies, celebrity, music, fashion, and just about every other aspect of culture you can name. And because of the physical benefits and team-building lessons inherent to sport, it’s very common for parents to encourage their kids to get involved with a sport (or three) at a very early age.

With sports taking up such an enormous amount of room in our lives, it only makes sense that you would want to incorporate them into your next art project, DIY craft, or decorative endeavor. Here are a few of our favorite ways to do so:

T-shirts – With a little help from the Sports Stencils you find right here at Stencil Giant, you can easily create homemade t-shirts that are cheaper (and yet higher quality) than the ones sold in stores. No licensing required!

Jerseys – Many sports, including basketball, necessitate that players wear tank-top jerseys on the field of competition. Unlike, say, baseball uniforms, jerseys have become standard articles of fashion outside the arena as well. If someone you know needs a unique jersey, you can easily decorate it with the stencils found in this blog.

Lockers – Lockers and sports go together like cream and coffee. Unfortunately, gray, nondescript lockers have little in common with the color and intensity of athletic competition. With nothing more than a can of spray paint and a stencil, however, you can turn any locker into a celebration of sports.

Walls – Whether you’re out to redecorate the walls of a gymnasium or your 8-year-old’s bedroom, you can get the job done well with sports stencils. In fact, using these products is so easy, you can even recruit your child to help!

Equipment Rooms – Every school gym has a door in the back, behind which are stored the bats, balls, whistles, hurdles, and other equipment needed to play the games. Heck, back when we were in school, the coach even kept a parachute in there! Usually these doors are merely labeled “Equipment Room,” but you can add some embellishment with these simple-to-use stencils.

Home Gyms – Committed to the pursuit of physical fitness (and yet wary of the meatheads and wayward teenagers who occupy the gym), many Americans have a home gym of sorts in the garage or a spare room. Yours may consist of the latest technology, a full set of weights, and a surround-sound system that keeps the blood pumping. It may consist of nothing more than a treadmill. Either way, you can decorate it in such a way that you actually want to spend time inside – which is the whole point!

Banners and Signs – Whether you’re cheering on your favorite pro football team or your kid’s Little League team, it’s always nice to show some extra support with a sign or banner. That doesn’t necessarily mean, however, that you have to spend $45 buying one from the concession stands behind the arena. You can create your own unique banners and signs using the templates and stencils you find here at Stencil Giant!

Of course, when it comes right down to it, the best idea is the one you come up with yourself or the one that resonates most deeply with the needs of the moment. We’d love to see what you come up with – send us some pictures when you’re finished! In the meantime, let’s do what we do best and introduce you to some of the best sports stencils in our collection.

We’ll kick things right off with one of our favorite stencils – not just in the sports section, but in the whole of our site. We may be biased, but we tend to think that almost nothing symbolizes sports better than a simple baseball and bats design. Certainly, if you have a ballplayer in your family, they’ll love this picture on just about any surface you can name.

Did you know? Red Sox third baseman Bill Mueller is the only player to have hit grand slams right-handed and left-handed in the same game – July 29, 2003.

It may not be the most popular high school sport in the land, but once you hit about age 50, it’s seemingly all golf, all the time. Because it isn’t particularly punishing on the knees and joints (to say nothing of the rest of your bones), golf is a big hit with older Americans. Why not decorate with the game’s biggest symbol?

Did you know? Eldrick is the real first name of golf legend Tiger Woods.

Who needs Ralph Lauren when you can make your own Polo-inspired designs and graphics in the comfort of your own home? Maybe you thought you needed exceptional artistic talent to create such designs, but we’re here to tell you that you absolutely do not! With a stencil like this one, you can paint picture-perfect images, no matter how intricate and detailed they may be.

Did you know? Polo is still widely played, particularly among the wealthy. Celebs known to play the game include Sylvester Stallone, Brad Pitt, and Price Harry.

We suppose that badminton is much more widely played among people of ordinary means than a sport like polo, but it’s still often seen as a game of the so-called “upper crust.” That’s a shame, because it can be a lot of fun with the right friends and a nice, sunshine-filled day. Pay tribute to this close cousin of tennis by using this striking stencil.

Did you know? Though the first official badminton club started in 1877, the game did not become an official Olympic sport until 1992.

Played the world over, soccer has gotten a reputation of being a “kid’s” game in the U.S., and it is far eclipsed in popularity by what Europeans call “American football.” That seems to be changing slowly, however, as Americans begin to pick up on the nuances and fast-paced action that makes the sport so widely revered. With this detailed stencil, you can replicate a soccer ball like a practiced artist.

Did you know? Though soccer games at the lower levels can range in length depending on the age of the players, an official professional match is always timed for 90 minutes.

Of all the stencils on our list today, this one may be the most perfect representative of the sport in question. We’re talking about weightlifting and bodybuilding, of course – a sport popularized by Arnold Schwarzenegger and others in the 1970s, which has become a way of life for many Americans. This template can give you free rein to decorate a weight room, a gym bag, or any other surface you want.

Did you know? Weightlifting women were not given a platform in the Olympics until the year 2000.

The stencils we love best are the ones that show the athletes in motion. This stencil is the perfect example of that effect in action, and we think you’ll agree that the illusion of high speed translates beautifully to the image. It will do the same for you, regardless of your level of experience or talent!

Did you know? Ralph Samuelson invented water skiing in 1922 with some boards and a length of clothesline.

There’s something so artistic about how this template captured the precision and action of a baseball player in mid-swing. And what says “sports” more loudly than a baseball slugger in the prime of his athletic prowess? In many ways, this stencil is a nice corollary to the one before in that it showcases athleticism in motion.

Did you know? “Take Me Out to the Ballgame” is about as close to an official baseball anthem as you can get, but the songwriters had never actually attended a game!

From basketball to bowling and all points in between, much is made of those who become champions of their chosen sport. It isn’t always easy to get enough trophies for all of your outstanding players, but you can always create a celebratory design with stencils from Stencil Giant!

Did you know? The Ladies Wimbledon trophy is known as the Venus Rosewater Dish.

Medals and trophies go hand in hand, with the former being more common in single-person competitions such as running, wrestling, and martial arts. With this medal stencil, you’ll be able to create an enduring symbol of championship athleticism.

Did you know? The Olympic medals handed out at the Winter Games and heavier and thicker than their counterparts in the Summer Games.

The classic jersey is as indelibly associated with basketball as a pair of Air Jordans. This basketball uniform stencil can form the template for locker room designs, bedroom decorations, promotional material for the upcoming game, and much more.

Did you know? The Orlando Magic and the Sacramento Kings have both retired jersey #6 in honor of the fans of their respective franchises.

Okay, now that you’ve got the jersey stencil, you need a basketball to go with it. You can get several different basketball-related templates at Stencil Giant, of course, but this one might be our favorite. Maybe just because it reminds us of NBA Jam, back from our misspent arcade days!

Did you know? Basketballs were originally brown. That all changed in 1957, when Coach Tony Hinkle came up with the inspiration for an orange (and thus more visible) color for the ball.

It was only a short time ago that readers might have scoffed at the idea of including skateboarding in a list of sports stencils. Fortunately, times have changed, and today, skateboarding is recognized all over the world as a valid sport. You can capture some of the magic of skateboarding with this realistic stencil.

Did you know? Floridian Rodney Mullen is credited as the innovator of many ground tricks still used today in skateboarding parks around the country.

Arguably one of the oldest sports in existence, boxing is also among the simplest. The sport has achieved legendary status due to icons like Muhammad Ali, Mike Tyson, and, in the cinema world, Rocky Balboa. If you need to convey the essence of the sport in your next project, this stencil can help you score a knockout.

Did you know? George Foreman was the heavyweight champion of the world, but he made far more money with his official endorsement of an indoor grill in the 90s – reportedly more than $200 million! 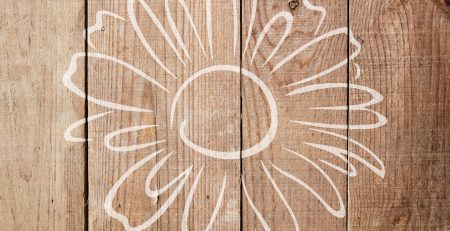 The 17 Stencils You Need to Take Your Crafts To The Next Level Alongside products like Mod Podge,... read more 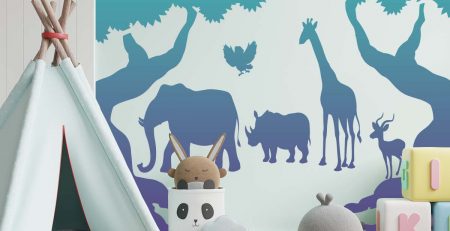 15 Animal Stencils That Will Liven Up Your Child’s Bedroom

Do you know what a "biophile" is? More or less, it's a fancy word for someone who has a... read more 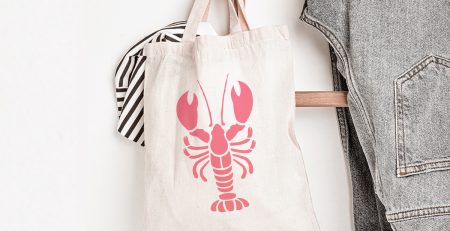 It is said that life on Earth began in the vast oceans, and it isn’t hard to believe. After... read more